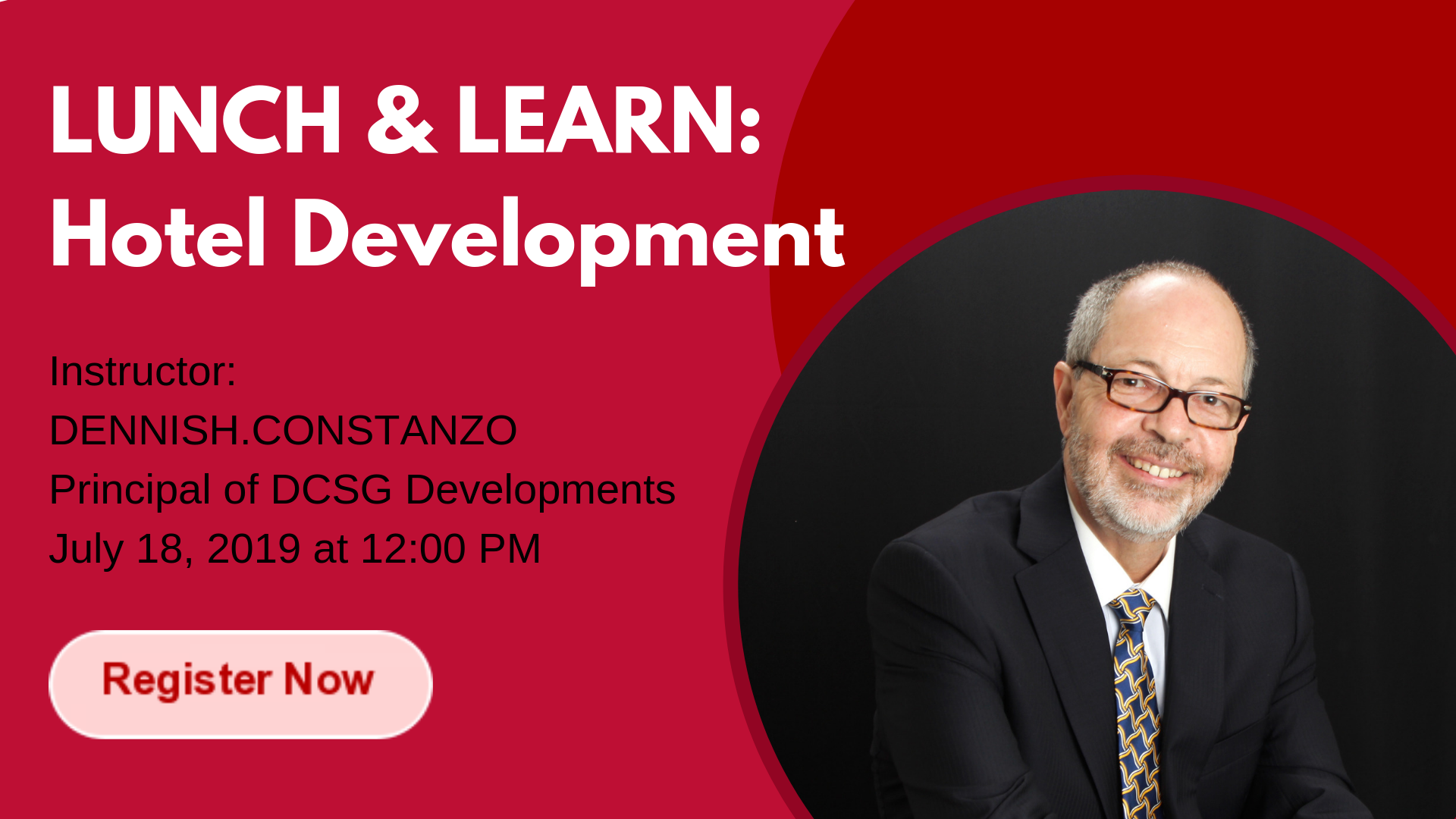 Most recently, Mr. Dennis Constanzo served as the Senior Vice President of MD Properties located in
Buena Park, California. In that capacity he headed up all of their hotel development activities, such as
acquisitions, construction and asset management.

Before then, Mr. Constanzo co-founded EpicSpaces Co-Working a Los Angeles based Coworking concept
which opened its first location in September of 2015 in its iconic location in the Pasadena Playhouse
District. Mr. Constanzo’s career in the hospitality industry has spanned more than 30 years where he
acquired experience as a developer of a wide range of projects that have included; hotel, condo-hotel,
resort and restaurant-nightclubs.

He has served in senior executive posts, that have placed him in charge of major development projects
such as the Hilton Buena Park, a $65 million full service, 4 star hotel, a US$260 million resort & spa in the
Caribbean, the re-development of the US$175 million Ritz-Carlton Huntington Hotel in Pasadena
California (where he also served as Asset Manager) and the US$75 million La Belle Creole Resort on the
French side of St. Martin in the French West Indies. His track record of developing properties, whose
combined value are estimated to be at well over US$500 million, and his skill of arranging development
financings, that are estimated to be north of US$250 million, has made him a significant asset to any
project he is working on.

Mr. Constanzo also has extensive experience in property management, construction, and the restaurant
industry; serving as President of The Oak Knoll Group based in Pasadena, California, Mr. Constanzo was
instrumental in building this start-up real estate development and asset management company from the
ground up. Under his leadership, The Oak Knoll Group built a diversified portfolio of assets from third
party owners, including over two and a half million square feet of commercial real estate and more than
900 apartment units.

He has also owned and operated a number of restaurants and was the creative and operational force
behind the iconic Twin Palms Restaurant in Old Pasadena. While he was there, Twin Palms was the
highest grossing restaurant in L.A. County.
In addition, Mr. Constanzo has extensive experience as a consultant to a score of hotel owners and
development companies which relied on his considerable experience regarding all aspects of start-up
hospitality ventures, operations, construction, turn-arounds, government relations, and finance.
Mr. Constanzo received his M.B.A. from Pepperdine University in California from its prestigious
Presidential Key Executive Program.